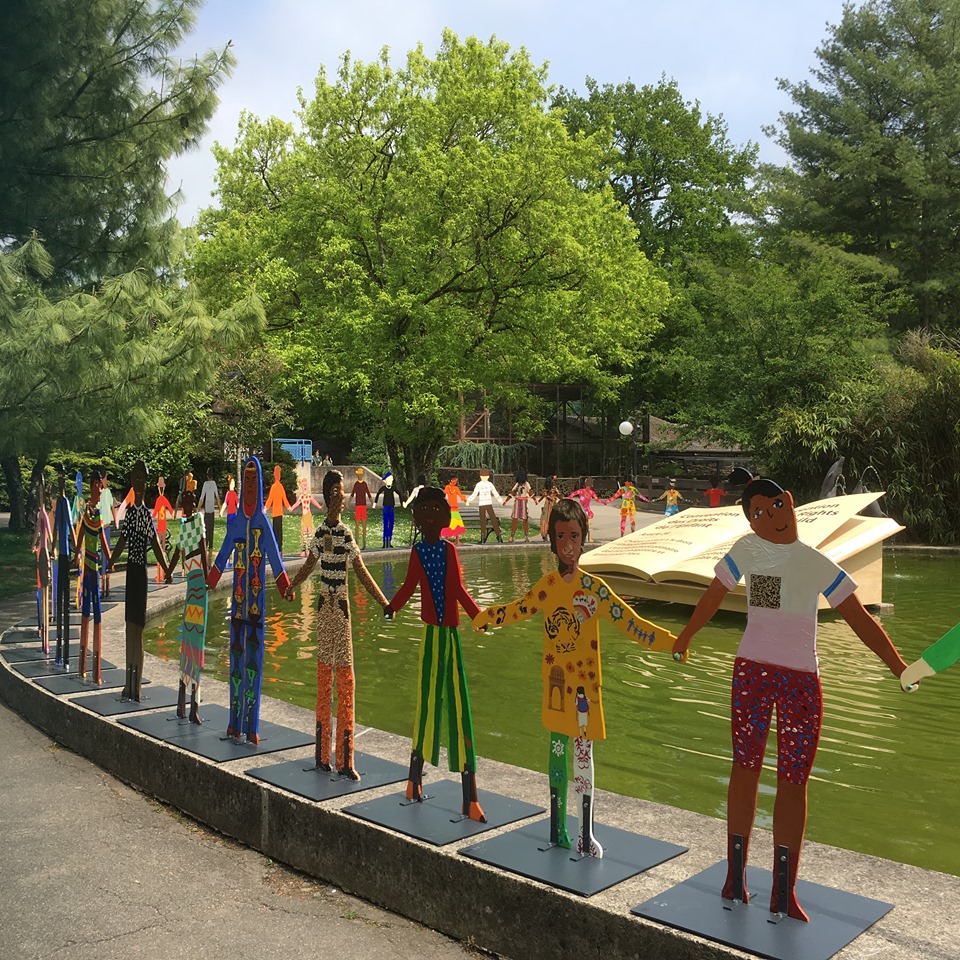 At the centre of this activity are 63 wooden figures around 1.40 m tall representing the 63 million children throughout the world who according to UNESCO do not have access to education. Each figure was given a profile based on the actual circumstances of a specific child in a developing country. Each school class attending an awareness workshop in Luxembourg received two figures, which the pupils were allowed to paint and decorate, following certain basic rules. From May 22nd until August 28th, the figures were exhibited in the "Parc Merveilleux" in Bettembourg. After that, they moved to the shopping mall "City Concorde" in Betrange and at the beginning of November, you can see the exhibition at Belval Plaza shopping mall.