Toiling instead of working 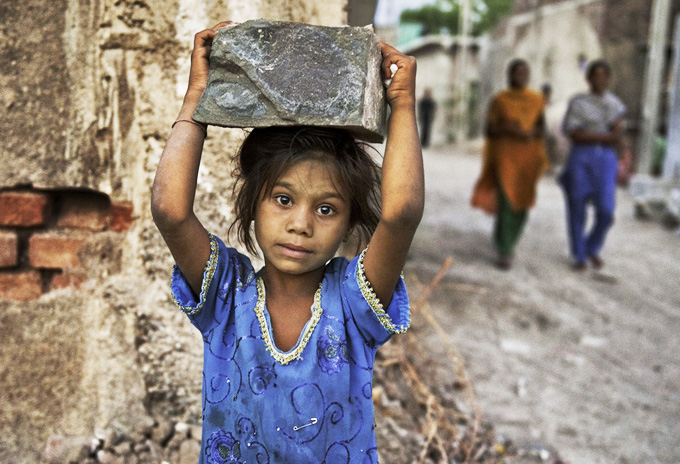 Child labour is one of the main obstacles to education. Domestic employees, mine workers, child soldiers, rubbish sorters, victims of prostitution ... of the 152 million child workers aged between 5 and 14, 85 million are subjected to the worst forms of labour (slavery, deployment in armed conflicts, prostitution, drug trafficking, etc.).

Sub-Saharan Africa is the world’s most affected region: 21 % of children, or 59 million, are the victims of child labour. But children in all developing countries suffer from this plague.

Yet the International Convention on the Rights of the Child, ratified by 192 countries, obliges those countries to protect children against all forms of work. Although the problem has diminished at world level by 31.6 % since 2000 (ILO, 2013), child labour remains the main obstacle to children’s education.

Child labour is affected by many factors: